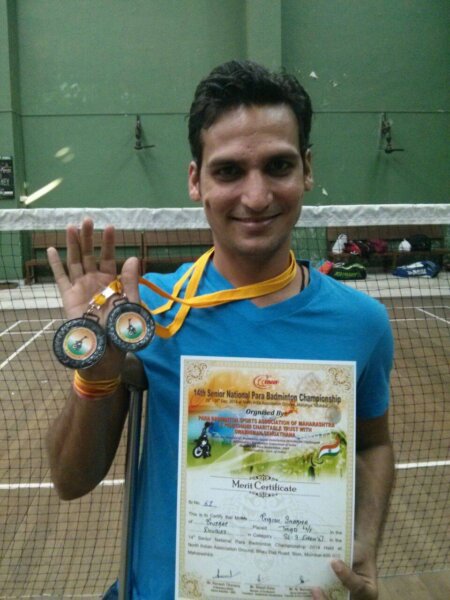 Girish will also be training the amputees interested in BADMINTION in future when we conduct camps in future in Hyderabad with AMF.