Gopichand – Rs 7.5 lakhs for 2 limbs, as he is a double above knee amputee. 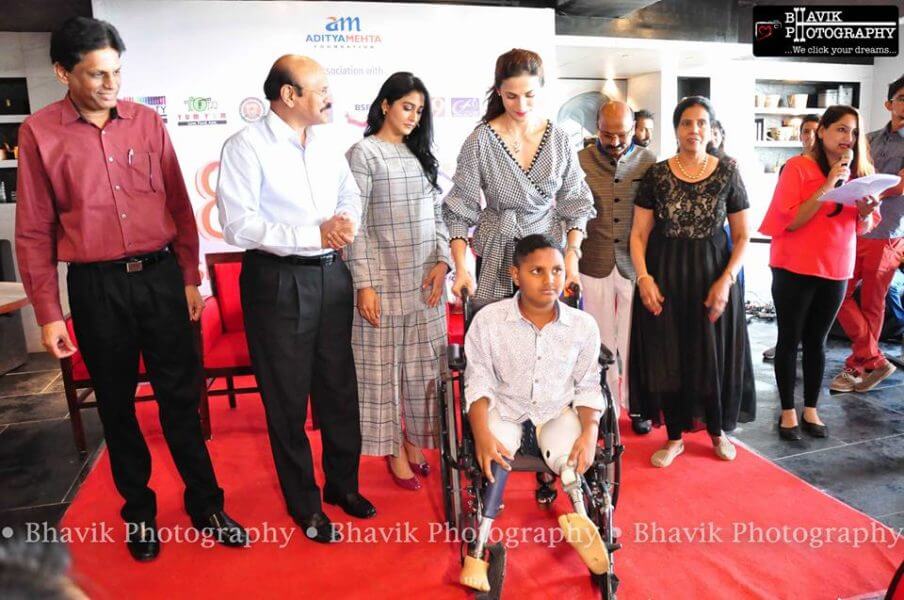 Gopichand is one of our youngest beneficiaries, all of 12 years old!
In the 2016-2017 State Para Swimming Competition at Bangalore, Gopichand won 1 gold and 3 Silver medals.
At the 2016 National Championships in Jaipur, he won 3 gold medals,
More recently, at the 2017-2018 National Championships at Udaipur, he won 3 Golds and laid his claim on the Individual Trophy.
Gopichand didn’t have any prosthetic limbs when we got to know of him and his achievements. He used to live all of his life on a wheelchair, except when he was in the swimming pool. We have provided him with two prosthetic limbs, which now allow him to walk comfortably!