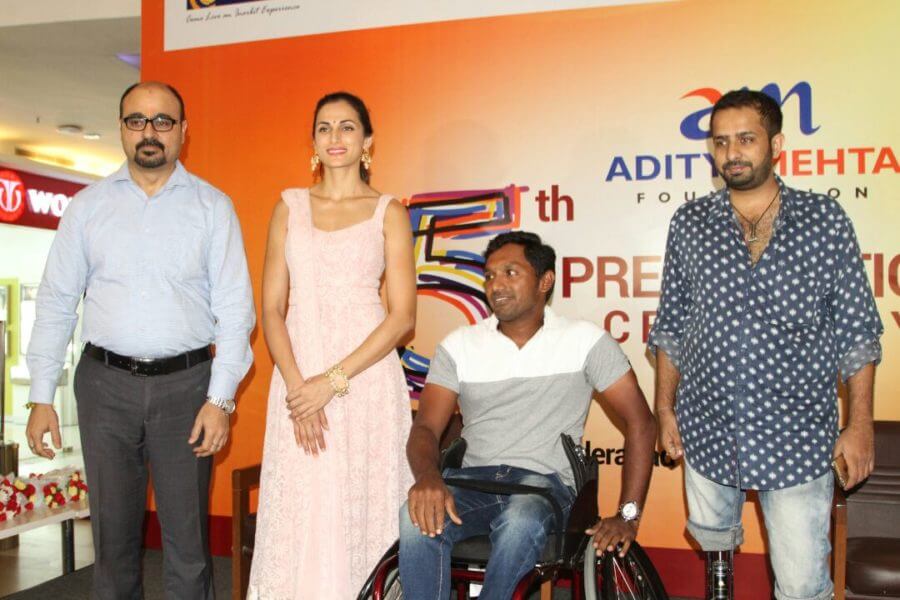 Subramanian Balachandar is a pharmacist, professor and wheel chair tennis player. He has eight years of experience in the US healthcare. A tamilian by birth, he started playing tennis in 2006
when he represented India at FESPIC Games in Kualalumpur, Malaysia.

His journey as a sportsperson is a coalescence of International, National & State level achievements. Balachandar is truely an inspiration to many of us. Apart from being a pharmacist, he wanted to turn his disability into a special ability and hence choose tennis. Very few step forward and do what they are passionate about, Bala is one among those.

To help him improve further in the sport, we sponsored him with a specialized wheelchair worth Rs.3.5Lakhs.

It is an honour for AMF to be associated with a generous person like Balachandar and a blessing to all the trainees at the National Training Camp to get trained under him.